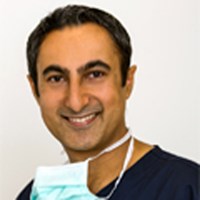 100%
from 3 reviews
Name
Vikram Chugani
GDC Number
75978 View GDC Page
Leave a review for this dentist
About Vikram Chugani
Vik qualified from University of Wales College of medicine, Cardiff in 1999. After a short stint in general practice Vik returned to carry out further postgraduate training in specialist dental hospitals before he was awarded membership of the Royal College of Surgeons in 2002. He completed his MSc from the prestigious Eastman Dental Institute in 2008 allowing him to become an accredited dentist with special interest. Vik accepts referrals from other dentists to carry out more specialised care in aesthetic dentistry, restorative dentistry, endodontics and implants. Vik shares with the rest of the practice a keen interest in preventive dentistry and promoting treatments that safeguard long term dental and general health. Vik is also an active member of: The International team of implantologists (ITI) The British Society of endodontology The British society of Restorative dentistry Member of the British Endodontic Society Vik served as the Chairman of the British Dental Association Reading branch for 2013 and 2014 Away from Dentistry Vik is married with a young family. He is a keen cricket fan (a back injury confining him to the stands these days) and lists his hobbies as skiing, history, cooking and travel.
Latest Reviews