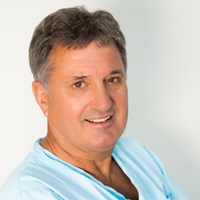 100%
from 1 reviews
Name
Peter Kaslik
GDC Number
53793 View GDC Page
Leave a review for this dentist
About Peter Kaslik
Peter qualified bachelor of dental surgery (BDS U.LOND) from Kings College Hospital London in 1979. He spent the next year working as a houseman at Kings College Hospital in the following areas: Oral and Maxillo-facial surgery, children’s dentistry and periodontics. Peter gained a Licentiate in Dental Surgery (LDS RCS Eng.) in 1980, and a Membership of General Dental Practitioners (DGDP(UK) ) in 1992, both from the Royal College of Surgeons England. After Peter left Kings College Hospital he worked for the next two years in Canada as a Dental Surgeon for the Grenfell Foundation which served healthcare to the northern peninsular of Newfoundland and Labrador. In 1982 he returned to England to practice dentistry in London. Peter joined Grand Avenue Dental Practice in Worthing in 1984 with a view to becoming a partner and owner, which was finalised in1986 where he continues to practice as one of the two existing Partner/owners. During his time at Grand Avenue Dental Practice Peter has served as a Vocational Dental Trainer for several years, mentoring newly qualified dentists in the practice. As well as enjoying all aspects of General practice, he has studied widely, in particular with the Rosenthal Institute of New York where he gained a Masters Level Achievement from the Rosenthal Institute in Aesthetic Dentistry. He has completed a year long course in cosmetic and restorative dentistry with Dr Chris Orr, and to date is a Full Member of the British Academy of Cosmetic Dentistry.
Latest Reviews