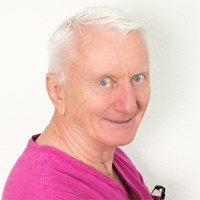 0%
from 0 reviews
Name
Michael Troedson
GDC Number
82904 View GDC Page
Leave a review for this dentist
About Michael Troedson
Michael qualified in Dentistry from his home country of Sweden. His interest in implantology started early in his career which has given him a wealth of experience. This is likely due to Sweden being a centre of excellence in implantology and generally being acknowledged as the home of implants. He has been placing implants for well over 25 years and has kept up to date with modern restorative and reconstructive methods and approaches. He has travelled widely and worked in Italy for many years running a practice near Venice and also worked in Sicily. He is therefore trilingual being fluent in Italian, Swedish and English. When Michael first moved to England he worked in Torquay, and then moved to Worthing and Grand Avenue Dental in 2006 and has been a firm fixture ever since. He lends his wealth of experience to the whole team and helps out in all aspect of surgical dentistry. His relaxed and confident manner puts his patients at ease. In his leisure time he is a keen golfer and has recently started to learn ballroom dancing. Michael enjoys visiting his growing family in Sweden on a regular basis.
Latest Reviews