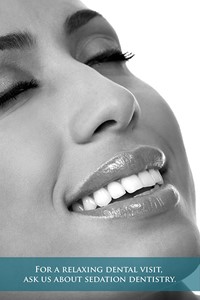 0%
from 0 reviews
Name
David Drydsdale - Dental Surgeon
GDC Number
153690 View GDC Page
Leave a review for this dentist
About David Drydsdale - Dental Surgeon
Dr David Drysdale graduated in Dentistry from King’s College London in 2008. In 2012 he completed a diploma in sedation and in 2013, he became a member of the Royal College of Surgeons Edinburgh. Dr Drysdale also has a Masters in Immunology from Imperial College London. David spent time working as a Senior House Officer in Maxillofacial Surgery where his interest in hospital dentistry was piqued. He currently works as a Senior Dental Officer at Solent NHS Trust in the South West of England. In his role at Solent NHS Trust, David works predominantly with paediatric patients. He also works as a Sedationist in several private practices across London and the South Coast of England. David has lectured on sedation in Dubai and has published a paper on transcutaneous carbon dioxide monitoring. He is a member of SAAD and DTSG and is on the mentors list for both organisations. David is trained in intravenous, oral and intranasal sedation and is one of the few sedationists in the South East who offers intranasal sedation in dental practice. Intranasal sedation works excellently for patients who are extremely anxious or needle phobic. David is known for being calm and caring. He firmly believes that a visit to the dentist should not be a terrifying experience and is passionate about putting patients at ease during their dental treatment. David has the same passion and ethos as the rest of our highly experienced team members: 1. To listen to you and understand your concerns 2. To provide dentistry of excellent quality which is tailored to your needs 3. Make you feel absolutely comfortable and at ease throughout the whole treatment process
Latest Reviews