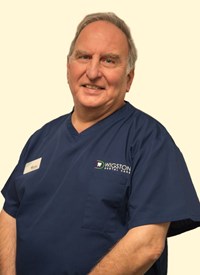 0%
from 0 reviews
Name
Basim Shaffu
GDC Number
58112 View GDC Page
Leave a review for this dentist
About Basim Shaffu
Basim gained a BDS degree in 1977 from Baghdad University and the Statutory Exam in Leeds in 1983. He then worked in Derby as a General Dental Practitioner and for the prison service as a part-time dentist. He previously founded and owned this practice, and is currently working as an Associate Dental Practitioner. His honorary posts have included being President of BDA East Midlands Branch 2007/08 and he is presently a member of BDA Branch Council East Midlands Branch. Basim’s hobbies include swimming, walking, travelling, gardening, meeting new people and cooking.
Latest Reviews